As we approach the end of the year, most traders start to shut up shop as the markets become less liquid and people concentrate on buying presents instead of Bitcoins (or maybe not).

The skyrocket ride of Bitcoin in November ($6k to $11.5k) blew Nick’s $7,000 bitcoin prediction out of the water in this scorching hot market. The question is, what’s his bitcoin forecast this month? Oh, and don’t miss the seriously weird bitcoin fundamental analysis that he calls out in this months prediction.

Now, turning to the EURUSD, with Yallen’s departure this may make things more interesting than your typical December. And we have two fantastic euro dollar reviews, so take your pick.

SP500 has a high portability bias during the pre-Christmas period and a Forex pair I don’t hear of much, the EURNOK, shows a well thought out process for the lazier trader.

Please note: The predictions below are for educational and entertainment purposes only, they are not financial advice and should not be used to make financial decisions of any kind.

… Where will it stop?

For more analysis check out Cryptos4Noobs.com

EURUSD
My Love Affair with Janet (Yellen) is Over

By Andre Stewart of 52traders.com

This is my breakdown on my thoughts on the EURUSD. The currency pair is in a unique position being that we are in the 4th quarter of the year the leadership that drives the very core of the American economy is changing as we speak. Countries are breaking away from the European Union so it should fall right? Or does the market think that the Euro is just getting rid of the dead weight? My opinion is in the video breakdown.

EURUSD
1.21 on EURUSD Pretty Much a Given

By Shonn Campbell of FxInventoryTrading.com

I am excited about the opportunity coming up in EUR/USD. It looks like 1.21 is in the cards and possibly an extension all the way to 1.23. The daily and 4 hour charts are giving some very nice looks right now. Find out more in my video!

GBPNOK
Do We Have a Bearish Gartley on GBPNOK? (weekly)

By Rob Colville of TheLazyTrader.com 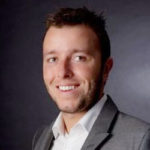 We discuss the technical reasons which support our sell bias for GBPNOK. Last week closed as a bearish pin bar and could potentially be the trigger point for a move down, if the bearish Gartley plays out (with good profit potential!).

Why we are buying EURGBP on the weekly timeframe after a false breakout.

LVS
This is Not a Cryptocurrency Trade

By Anka Metcalf of TradeOutLoud.com

By Art Collins of ArtCollinsTrading.com

Despite the title, fundamentals play no part in my trading decisions. It just so happens that December is statistically the best month to be long the S&Ps, at least in recent history. The chart shows a yearly breakdown of buying one mini S&P contract at the beginning of December, and exiting on the last day’s close: 19 trades since 1998.

In short, if you’re looking to capitalize on the inevitable break of the market fever, you probably want to hold off until at least the beginning of the new year. 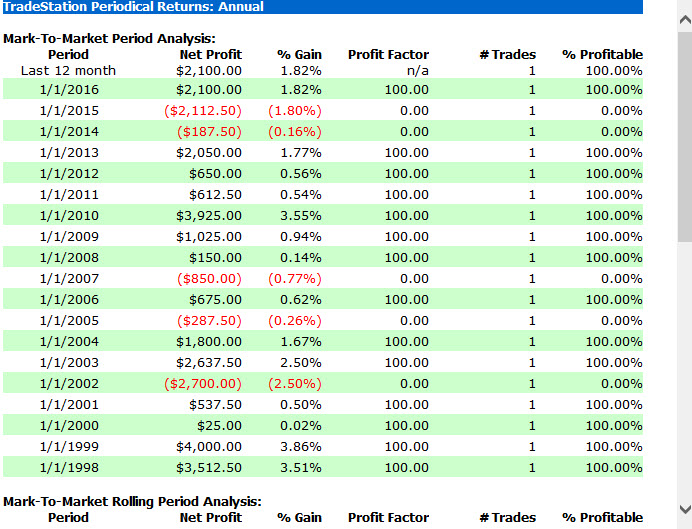 By Trader Dale of Trader-Dale.com

There are three very strong S/R zones on the AUD/USD from the longer term point of view. Big financial institutions accumulated their long-term positions in those zones and if the price gets back there, the institutions will act. They will try and defend those zones because they have put a lot of money there. They will be defending these zones pretty aggressively and they will be pushing the price back again.

I think that these significant places are best visible with combination of Volume Profile and Price Action.

These strong S/R zones will be an entry point for my swing trades that will go in the direction of the strong institutional push, so basically the strategy is to see where big institutional interest lies and then trade WITH the institutions – with the flow. Not AGAINST it.

AUDUSD
What is AUDUSD Doing?!?

The best way to analyse AUDUSD is to start from the weekly time-frame. The pair has pulled back quite deeply to the 76.4% Fibonacci retracement level, on the weekly chart. This has created great short-term swing opportunities, to go short on this pair the last couple of weeks. I am only long once I see strong momentum to the upside and a pullback occurs at my highlighted key level on the 4-hr chart. Otherwise I will continue to short the market until proven wrong. BE PATIENT!!! 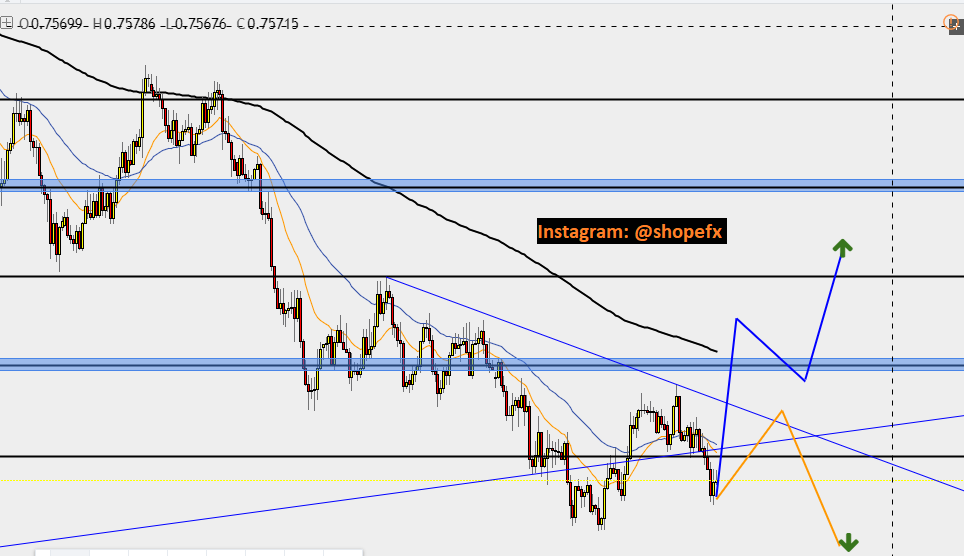 2017 was a recovery year for GBP after 2 years downtrend, but the price reached level where it ended recovery most possibly.. Brexit is doing it’s thing and the Pound will go down again.

DAX Review, currently all over the place and been ranging/boxing or consolidating which ever term you use – for quite a while though on the 4 hour chart its setting up for quite the drop.

Alongside with this the daily definitely looks like the reaction is still on its way, it has a retrace currently and looking to come down even further and the room downwards is much more than the room upwards with the technicals right now.

We have the NFP this week and fundamentally this can wipe the technicals out the water anyway, however the dollar is looking weak across the board and that’s how it has been traded throughout the month of November which has been paying nicely.

From this Generally I think there could be a spike up but sooner or later this reaction has to pan out. When you break any major AOA (area of attention for then new guys) the reaction has to come sooner or later. This is a major tip or education for you guys which means when you’ve had your runner of a trade, which you get sometimes – means that it won’t run forever so make sure you mark your AOA’s.

Hopefully this week isn’t as painful as all NFP weeks and plays ball with us, if not we just have to make do as traders.

I’m still amazed by what’s going on with Bitcoin and cryptocurrency trading as a whole. Unlike the Binary Options hype, it’s pretty obvious crypto trading is here to stay. The question is, where will it end up?

Keep an eye out for more predictions next month and a special Litecoin trading episode coming up on the show. This’ll help us keep on top of what’s going on with other cryptocurrencies.

Want to hear more from these traders?

Listen to the 52 Traders Podcast to find out how these traders made it along with their tips, techniques and strategies.