The Birth Of A Price Action Based Trading System

If you’ve been following along on the Podcast so far you would have heard Serge Berger and Norman Hallett spill the beans on how they would approach trading the S&P500 (although the insights they gave could be used to trade almost any instrument). But what you’ll find really interesting is that they would both approach it in the same way! Even though they don’t know each other, nor did they learn to trade from the same teacher or even the same way.

This rang alarm bells for me, could it be that the guys making money in the markets are all doing the same thing? Well, it would make sense wouldn’t it?

Their approach was simple, so simple in fact that it is going to form the base of the first system created here for the 52 Traders Mastermind community to trade.

Here’s what both Serge and Norman suggested:

Using these golden nuggets and over 50 years of combined trading experience to create the foundation of our trading system is the perfect start.

Over the coming weeks I’ll be feeding in more nuggets as my guests reveal how we could exit and manage these trades – to hear it from the horses mouth make sure you subscribe to the weekly Podcast on iTunes or Stitcher.

First things first, we must fully understand how the recommended candlestick patterns work. So, to make sure we’re all on the same page I’ve provided a brief explanation below after scouring the web for definitions.

Warning: some of the definitions I came across were too simple and left out key features. So I’ve combined the most reliable and complete sources of information below.

How to identify a Hammer candlestick pattern: 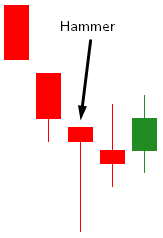 Shooting Star (also known as Inverted Hammers) candlesticks have the opposite characteristics to Hammers. 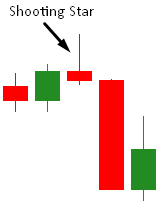 How to identify a Bearish Engulfing candlestick pattern: 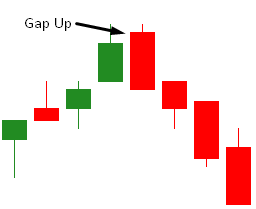 How these candlestick patterns react to Bollinger Bands

As per Norman Hallett’s description:

I look for Bollinger Band (BB) reversal points. I wait for a BB process to expand and as the market moves up one of these sides and breaks above or below one of the BB’s and then reverses back into middle of the bands with one of those signals, e.g. the hammer, shooting star, bearish or bullish engulfing pattern, then I go with that reversal signal because then you’re dealing with an oversold or overbought market and I find that reaction or snap back a very high probability and I use the midpoint of the tunnel is a good initial target

By applying these price action patterns to the chart and the standard period 20 Bollinger Bands you can start to see what he’s talking about. Below you’ll see a Bullish Engulfing pattern coming out of bands that are widening – the widening of the bands shows the market is becoming more volatile. In the case below you could enter the trade a few pips offset form the close of the bullish candle and take profit at the midpoint of the bands and then again when the bearish engulfing pattern forms (signaled by the red down arrow near the top of the bands).  And if you’re taking Norman’s strategy to heart you’d exit at the close of the first candle after you enter the trade. 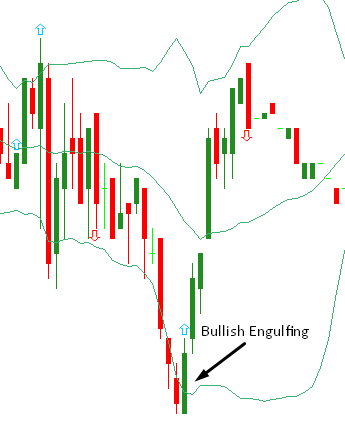 In the chart below the bands are only just starting to widen. However there are multiple confirmation signals, two Shooting Stars and a Bearish Engulfing, then this is followed by a further bearish engulfing pattern. In this instance you would have entered and may have failed to exist your initial position until somewhere near the lower BB (this was a 5 minute chart). The Hammer at the bottom would have signaled an exit point also should you have stayed in for the ride. 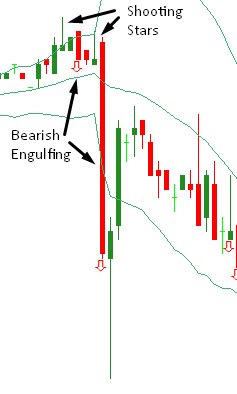 And below, we see two Hammers stretching outside the widening BB’s, which signals another entry point for a buy trade. That said, you can see the Shooting Star follow immediately after, so you could have taken all your profit at the mid point of the BB or part of it and carried onto the other side of the BB. 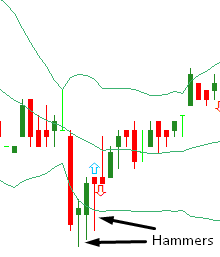 The results… and a simple system to try

So, in short, we can see from the above that what Norman and Serge are talking about is valid and will work. That said, if we walk through a couple of months we can see that it’s not quite as simple as picking these price action signals and jumping in. There needs to be some further filters to make sure you pick the winning trades more than the losing ones.

Watch the video below to see what I mean and learn a simple system I devised:

Ok, so the system outlined above does the job to some degree. I’ve gone back and verified the results of Feb 2014 and it would have basically been a break even month. There are still a few things missing or could be added:

Want to try this system yourself?

I’ve made it ultra easy for you!

You can try this system out by joining the 52 Traders Mastermind community – for free. Simply add your email to the Opt In form below and you’ll receive the following:

The software allows you to:

Add your email below in the box below to download the 52T Candlestick Alerts System & Software:

(and let me know if you like the system, or any feedback/changes in the comments below)

Robust Strategy (Works On Everything)

He Lost Half A Million But...

Fix Your Default, Fix Your Trading

Forex Price Action (Not On Google)