46: Tim Grittani on the Importance of Chart Patterns & How to Become Profitable by Keeping it Simple 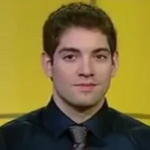 Tim Grittani first became interested in trading way back his college days while studying finance at Marquette University. He started with stocks and, specifically, penny stock. The volatility attracted him to it because of his former “gambler” mentality. He lost a lot of money being a day trader in the beginning, then finally stumbled upon Timothy Sykes. This is when his trading started to turn around.

Tim primarily is a stock trader and considers himself a day trader. A full time day trader since 2012, Tim follows a simple rule in trading: “Trade the ticker not the company”.

In the show Tim reveals :