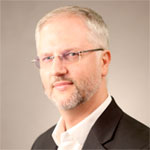 Originally from Russia, Roman Bogomazov worked as a banker and got introduced into trading from one of the Russian banks back in 1995. He opened a $20,000 Forex trading account after he migrated to the United States in 1996. His first trade was so stressful and exhausting after he lost 50% of his money in just 2 days!

That unfortunate moment gave him time to think and realize where he did wrong and how he can avoid that same mistake in the future. Luckily, he met Dr. Henry O. Pruden of Golden State University in San Francisco, CA who taught and mentored him about Wyckoff Method. He then studied the market extensively and became a successful trader after 5 years.

Roman is now teaching the Wyckoff Method, technical analysis, and trading strategies at the Golden State University and at WyckoffAnalytics.com.

In the show you’ll discover:

It's A Breeding Ground For Traders

We Verified His Trading Skills

How To Rank At World Cup Trading