While my start to the year was a bit different from the norm… no drinking, no coffee, very little food… Yes, you guessed it – I had a throat infection and swallowing was like taking a trade and seeing it go against you immediately.

So it’s been a slow start to the year for me as things come right, and it’s often a slow start for most traders (who often sit out this period due to low volatility). Nevertheless, we have a few market predictions for January and I’m sure more will trickle through as the month kicks into gear.

Please note: The predictions below are for educational and entertainment purposes only, they are not financial advice and should not be used to make financial decisions of any kind.

EURUSD
LONG EURUSD 1.20 and Above More Than Possible

By Paul Langham of ExactTrading.com

The EURO made a tremendous run from this time last year up until July-August time since when there has not really been any retracement, just some sideways activity. Price is now pushing for 1.20 and with this momentum, coupled with the fact many dollars are sent overseas at this time of year to avoid taxes being LONG the EURO is looking very good.

By Alfonso Moreno of Set-and-Forget.com

Bitcoin has been rallying strongly for a long period of time. There is a clear uptrend but a bigger retracement is needed before buying long term again. Daily demand level at 11222 is now in control and playing out. Now that the media and general public is talking about Bitcoin, it is not a good idea to buy long term.

By Art Collins of ArtCollinsTrading.com

Surprisingly, no month in recent history has been more negative for the S&Ps than January. Not even the potential crash months of September-October. My mantra has always been, go with the evidence, don’t fight it. Obviously this won’t guarantee a profitable trade, but as always, we’re talking longer term odds. Considering how relentless the market runup was in 2017, this year’s play could be particularly promising. The last day’s action produced a failed run at the highs.

The top chart shows the recent 19 year history of going short the first day of January and exiting on the close of the last day. The second chart compares going short at the start of each month and exiting on the close of the same month–obviously an historically bad idea overall considering the market’s relentless up-slope. As it’s a monthly chart, the bottom line showing “12′ means you’re in December, looking to execute your trade on the next opening (January). 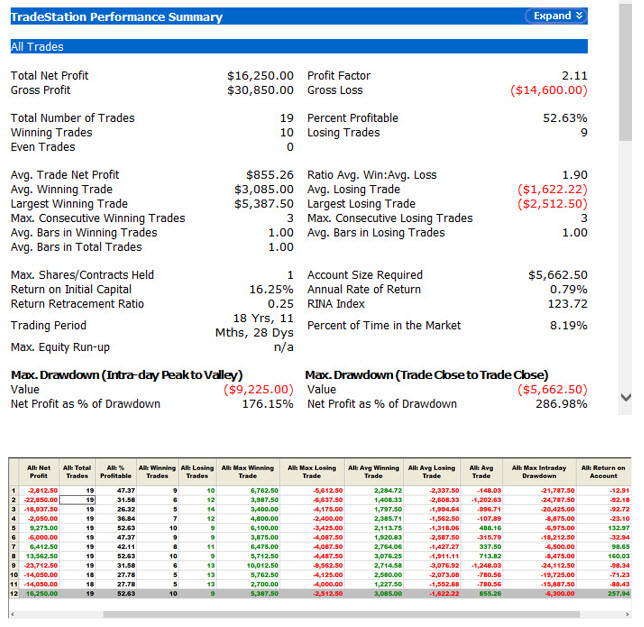 By Andre Stewart of 52traders.com

Here is some analysis on EURUSD, while I expect the current bullish climate to continue on the pair, it seems like it may be time for a slight pullback and a continuation of the overall bullish objective and target.