If you want to get into the “meat” straight away, take a listen below, otherwise keep reading for all the “juice”:
.

Sudden life changes can be a good thing

For the past 7-8 years I’ve been searching for financial freedom. That’s why I ended up getting into trading in the first place (probably like you did too).

After a recent major change in my life I’ve discovered that financial freedom isn’t the be all and end all. Yes, it would be great but it’s not necessary to live a happy and fulfilled life.

So, here’s what happened August last year… I lost my job. Okay. I’ve said it now.

At the time it was hard to get my head around because I had always gone from job to job, spending a few years at each company. I wasn’t necessarily pushed out of this job either, well sort of.

The department I worked in went through a restructure and a few people positions were disestablished, mine included. I sort of knew it was coming but it came as a shock nevertheless.

Yes, I could have applied for the new position that had my name written all over it… more money… more responsibility… more pressure… more stress… more of what I didn’t really want. 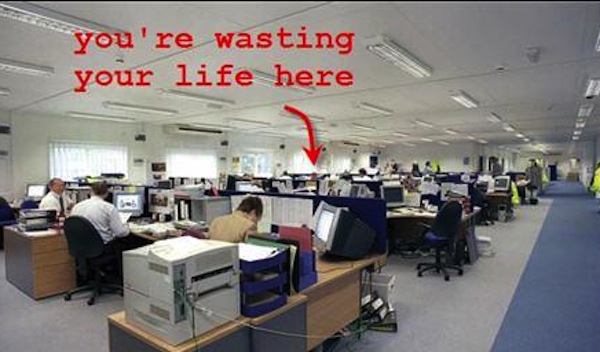 I knew in my heart of hearts I needed to take a break from the workforce and my, already planned and paid for, month long family trip to the UK was just what I needed.

I also realized I had quite the network here in Wellington and was able to pick up work, albeit earning much less that what I was on previously, in a small start up where I was working just a few days a week.

This is the traders mindset.

It’s the same as a business owners mindset. You ride with the punches during the course of the month with an aim to come out on top at the end. Income isn’t steady (especially not to begin with) and you’ll have expenses that you have to pay regardless. But at the end of the month, if you get enough sales in, you should come out profitable. And if not that month, then next.

Living without a job taught me this lesson. I’d heard it many times before in interviews on this show. But it wasn’t until I was without a job that it really hit home.

Which takes me to my second point. Fear.

Now fear is a difficult one to tackle and the easiest way is to face it head on – but that’s hard to do.

Unwittingly, this is exactly what I did when I decided to pursue my passion instead of taking the safe route and applying for another role in the company.

Did I have sleepless nights? Yes. Did I feel depressed at points? Yes. Was it worth it? HELL YES!!

I broke through that fear and it taught me that I need to break through more fears before I can beat trading.

But to find out what fears I had to beat, I knew I had to start trading again. And that’s what you’re going to hear about today.

But first, another lesson…

After realizing how important psychology is to trading I decided to take a proactive steps to getting my psychology right.

The one simple secret

Do things that are emotionally hard.

To become successful you have to do things that you don’t feel comfortable with. When you relate this to trading, the list is long and annoying.

My thinking now is that this is why most people can’t make trading work.

Here are just some of the things I think we all naturally avoid because they are “emotionally hard”:

Here’s a simple way to start doing emotionally hard things… I dare anyone who reads this to do this one thing that is not just emotionally hard, but also physically hard. 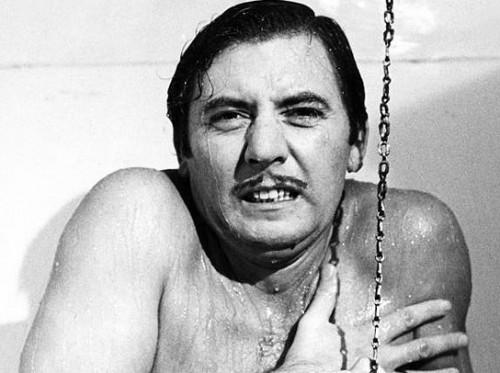 I’ve been taking them since the start of the year and I tell you what, it’s the best thing ever! Talk about getting out of your comfort zone.

Anyway, the point of this experiment is to change your state so you can start thinking of other ways to start doing things that are emotionally hard in an attempt to improve your trading.

My Foray into Discretionary Day Trading

In this update I’ll talk to you about the three different approach’s I’m taking to trading and how I’m getting on with each.

The first is discretionary day trading course I’m taking with a low profile trader who knows his stuff.

I’ve called it a highly discretionary method before but it is actually quite systematic but you need to know the different patterns to look for and there are many. Hence why I called it discretionary. You need to use your discretion to determine if something is a pattern or not.

Anyway, other things I can tell you about the course are:

While I was learning I was able to watch the master at work. Some things I just couldn’t get my head around (which is probably why my psychology is not quite there yet):

The other interesting thing was watching the behaviour of the other students. You could see how some had worked the psychology out while others hadn’t… this helped to see where I was going wrong.

And finally, I worked out that I had some psychological issues with money that were obviously going to hold me back in my trading.

After watching another video on Actualized.org I was able to clearly see I had an issue with money. Not with spending it, but with hoarding it.

The good thing about acknowledging it is I can now do something about it. And if you watch the video too, I bet you’ll find a money issue that might be holding back your dreams of being a trader too.

How did I get on with day trading?

Sometimes a picture tells a thousand words. In this case I think it’s telling half the story. At each point where things went wrong I can pinpoint what I did to make it so. I think this is a good thing. It’s a learning process and I’m at the beginning of the journey. If I hit a home run first time, then the ego would have eventually destroyed an account or two. I’m pretty sure of that.

The positives I see, are the areas where I was break even. Two good stints. Where I was seeing small growth. This also tells me where my weakness is… letting winners run and scaling in on winning trades. 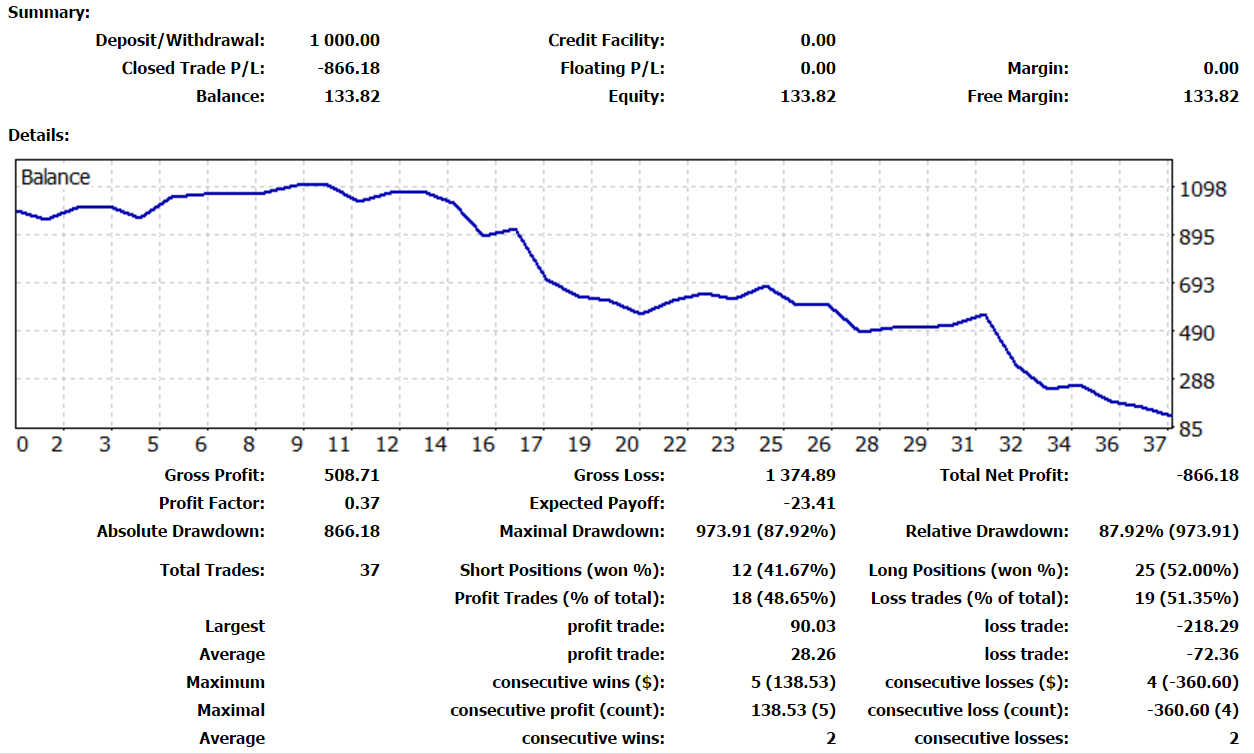 So, Who’s the Mystery Trading Mentor?

Click this link and leave your email to find out who the mystery mentor is, and I’ll let you know when he’s taking students again.

Getting a Glimpse into Manual Swing Trading

The other education I’ve took over the past few months was learning to swing trade with Adam Lord’s free course at Royal Collective.

This course found me at exactly the right time. I knew 90% of what Adam teaches, but I never had anyone put it all together for me so it was “usable” and “profitable”.

It’s a short course and I know Adam does more in depth group coaching, but that’s all I needed to get a renewed confidence in approaching a swing trading strategy.

But to be fair, other things got in the way. So I was only able to do two trades using Adam’s methods. Both using the free setups he drops into his chat room now and again.

To my surprise, his approach really did work. Even though my first trade was a small loss, my second more than made up for it (sitting at 110 pips as I write this and my stop loss at 70ish pips profit). Here’s what it looked like on NZDUSD: 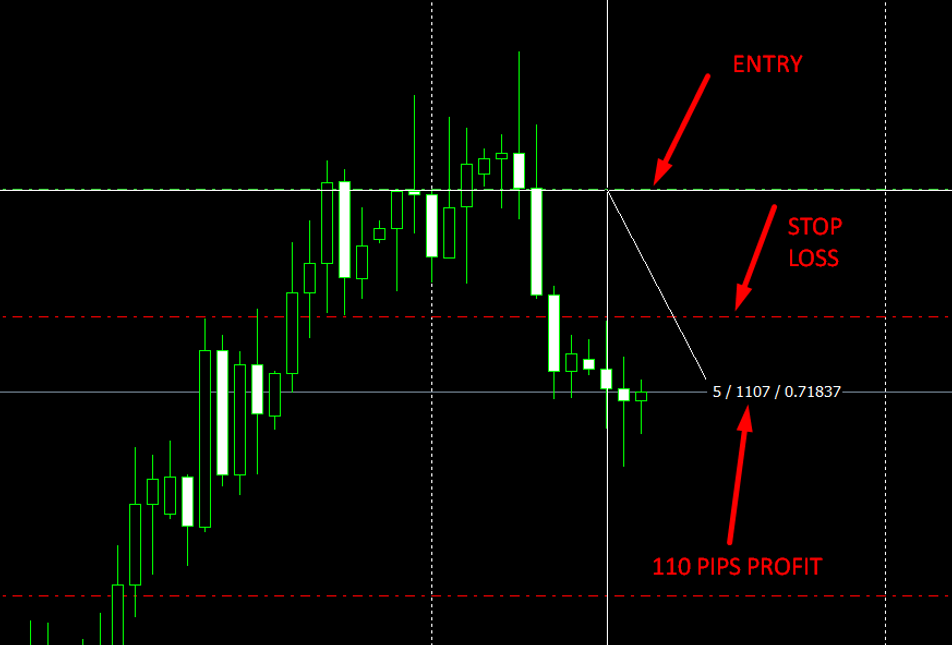 Probably one of my biggest revelations over the past few months was that I needed to actually “be trading” to make a go of this.

There’s only so much educating you can do before you need to put the “pedal to the metal” and go for it.

This was holding me back big time – as mention in my recent interview on Rob Booker’s Traders Podcast.

Sooooo….. I’m happy to announce that I’m back in the market with a new trading robot I created a couple of weeks ago called “RSI Simple”. Why? Because the strategy is very simple and it uses the RSI.

Here’s how it works:

Sell trades are the opposite and work when the RSI crosses below the 70 level.

Why am I happier with this strategy, versus all the others?

I also decided (which might be the wrong approach but I like it anyway), that I would optimize for a more recent timeframe (6 months) and trade live with those settings.

Another thing I decided was to optimize it every month and then use new settings if the old ones are no longer performing.

Anyway, here’s my 6 month test results so you can see what I’m hoping for.

Want to join me?

If you want to join me and get your hands on these auto trading robots, then head on over to AutomateMyTrading.com where I’m giving you a free robot to try.

You can even see me build it live. Click here to get your free trading robot.

And keep an eye out for my next update when I’ll let you know how things progress with both my automation and manual trading en devours.